As part of the Fukuoka Smart East initiative, Fukuoka City, Fukuoka Directive Council, and other organizations conducted a demonstration experiment to show this advanced technology to the community.

Demonstration Summary:
The demonstration began with an imaginary disaster scenario that required residents to evacuate. Both foreign and local residents used an automatic translation tool called Kotozna Chat on their smartphones to receive and send communications about the evacuation. Kotozna Chat is the first translation tool in Japan that connects with SNS platforms.

Participants at the Hakozaki Community Center were sent messages about the disaster and evacuation orders in Japanese. There were 31 non-native Japanese speaking participants from 16 countries who each received the evacuation message in their native language. They evacuated to a public hall that was the designated shelter area. Then, participants were able to use the automatic translation chat tool to communicate with one another about exchanging evacuation supplies. 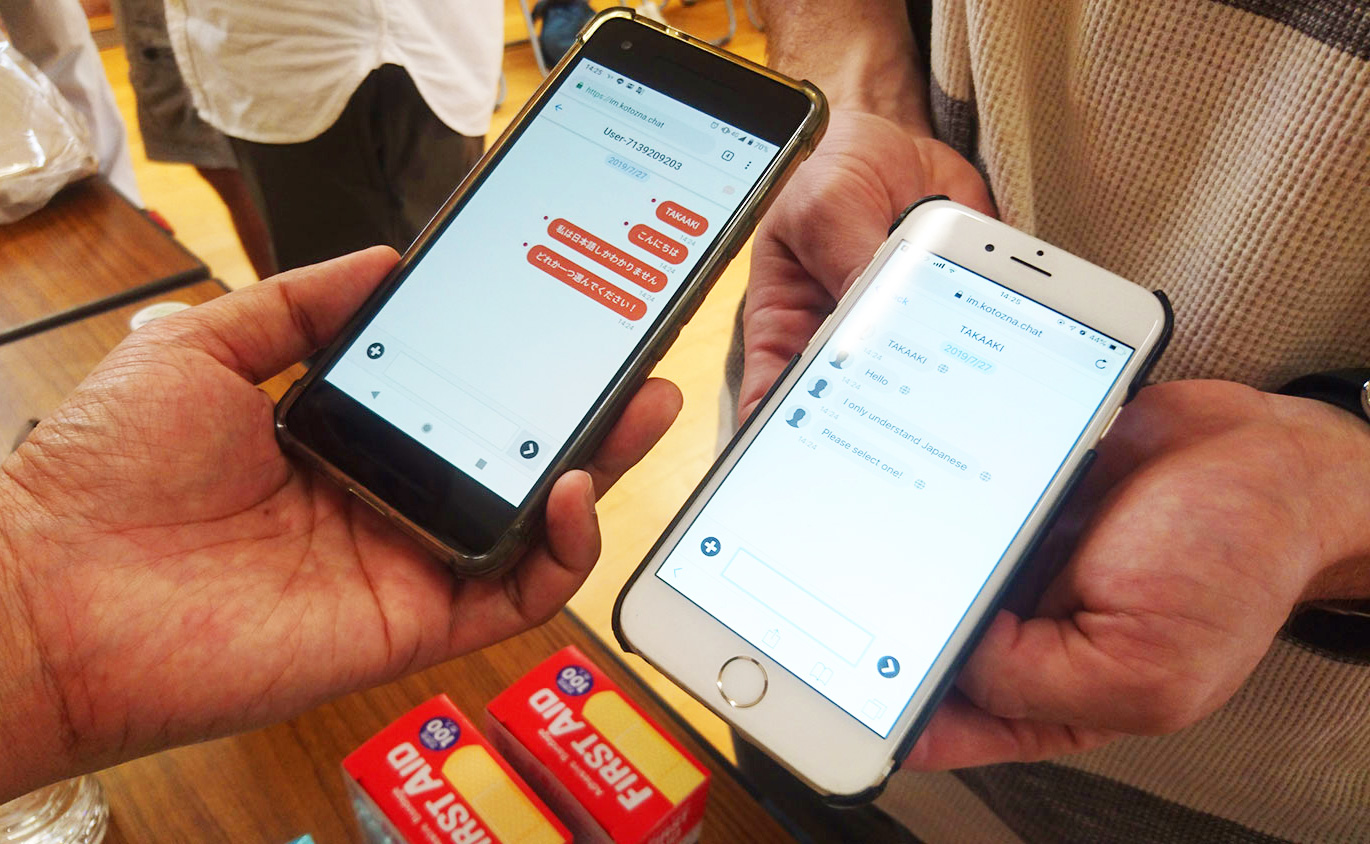 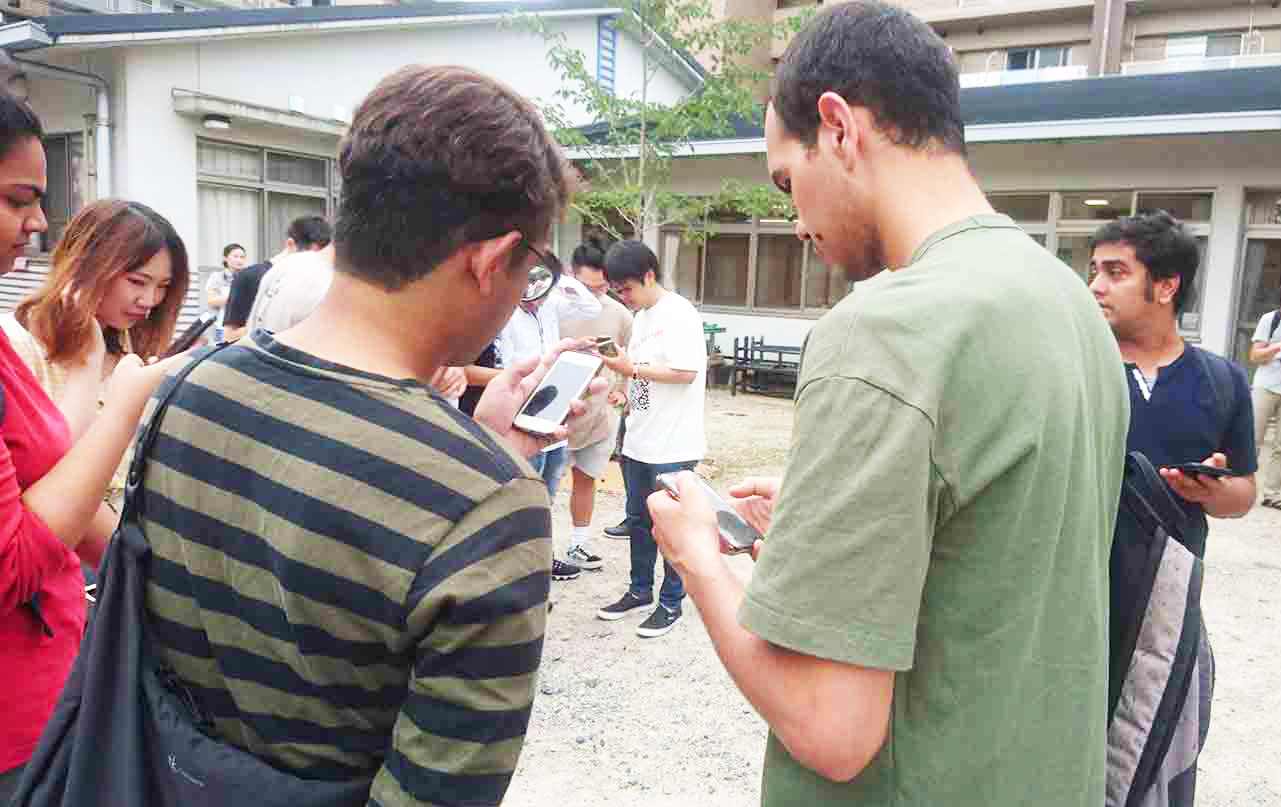 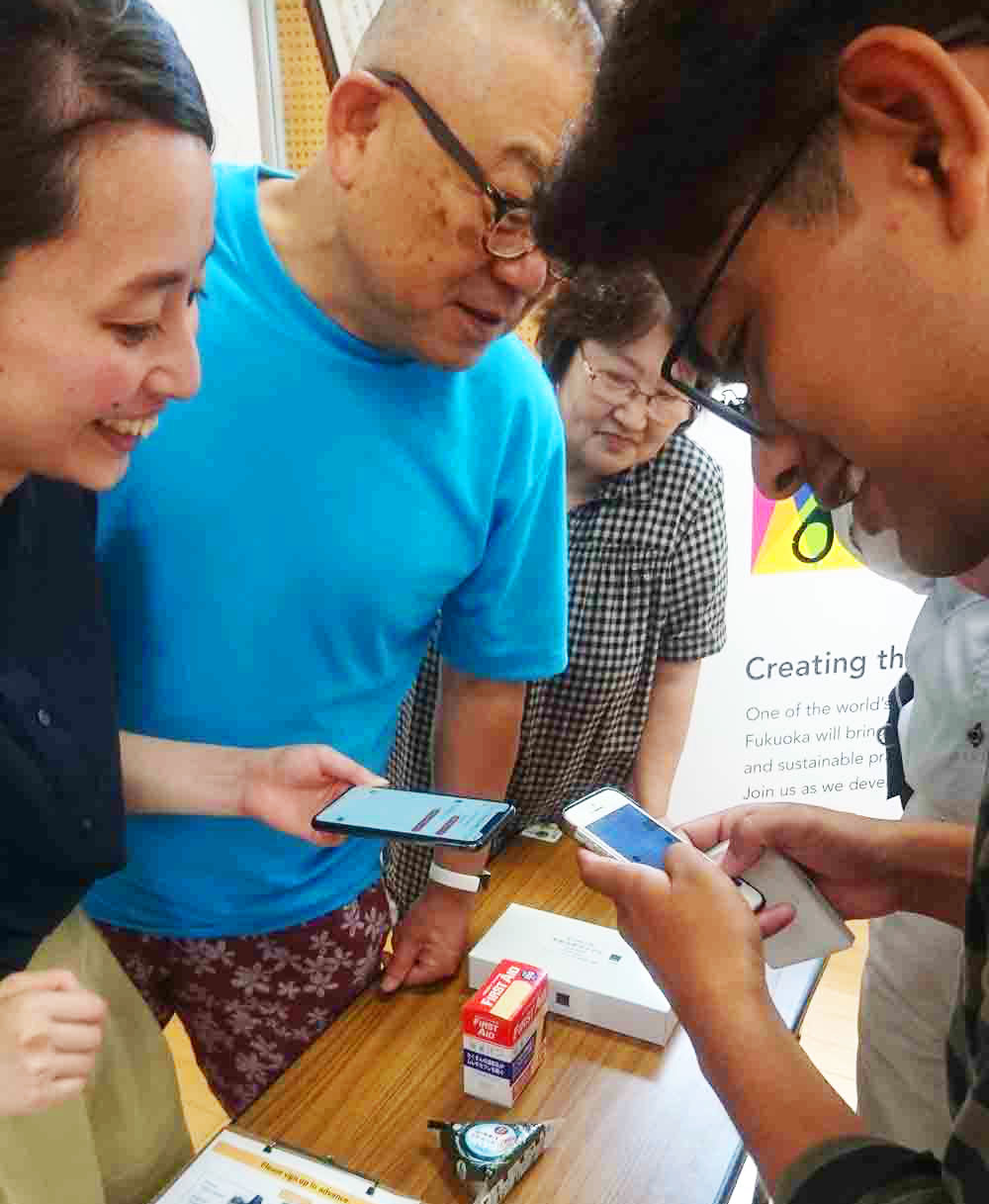