From January 7 – 10th, 2020, technology enthusiasts from around the world converged on CES in Las Vegas to learn about the latest innovations and cutting-edge projects. The Fukuoka Smart East (FSE) team generated a lot of buzz by making their first appearance at CES this year.

Nearly 1,500 visitors stopped by the booth FSE shared with Startup City Fukuoka, to speak directly with the teams behind Japan's largest smart city and fastest-growing startup community. Many attendees were impressed by FSE’s mission and noticed that this was the first time that a local government from Japan exhibited at the event. CES also gave the FSE team the chance to promote and attract interest around Fukuoka’s advanced urban development plans.

The FSE booth was a must-see for attendees and drew fans from many different countries, as smart cities are a hot topic internationally. Attendees converged at the booth to celebrate Fukuoka’s success in globalizing and drawing industry leaders to the region. With FSE swag going fast, and many visitors excited to learn what Fukuoka is working on, the booth staff was constantly busy sharing the advancements and initiatives that are taking shape in the city.

The booth showcased FSE, Startup City Fukuoka, and several local businesses who submitted applications for FSE’s PoC program. The companies selected to attend were Sumitomo Corporation Kyushu Co. Ltd. /JIG-SAW INC., Kotozna, Inc., NextStep LLC, and AUTHENTIC JAPAN Co. Ltd. By attending CES, these companies had the benefit of being introduced to many international businesses and pitching their products and services to high-profile enterprises. With the backing of Fukuoka City, they were able to network and connect with possible collaborators and potential investors.

When visitors stopped by the FSE booth, they were quite surprised to discover that Fukuoka had chosen a 50-hectare space so close to the city center as the site of their smart city. As many smart cities are typically situated well outside of the central region, it is certainly a point that makes FSE unique. Additionally, many visitors expressed how impressed they were by how strong the smart city’s promotional efforts are – noting that Fukuoka has earned a place in the global smart city community.

CES provides attendees with an ideal networking opportunity, as many companies send their senior members, including executive leadership, to the event each year. Participants who stopped by the booth had the chance to talk to the planners behind this huge smart city, and they were enthusiastic about Fukuoka's futuristic endeavors. Many were especially excited to see the city taking such significant steps toward creating a smart city to support not just tech-savvy millennials, but also Japan’s aging population.

In addition to the smart city teams, CES saw exhibitors from a wide range of companies and countries. One notable exhibitor was Japanese mobility company, Toyota. They made a big impression by announcing their upcoming urban development project, where they will build the prototype of their vision for a futuristic city.

It’s safe to say that smart cities were popular topics of discussion at CES this year. As FSE is one of the most advanced smart city projects in the world, international startups and companies have expressed a great interest in contributing to the mission. By exhibiting at events like CES and joining global conferences, FSE can gather more support and attract leading visionaries to take part in the smart city project. Gathering diverse input, learning about the latest advancements, and sharing the vision for FSE has proven to be impactful and expanded interest in the city's plans and progress. 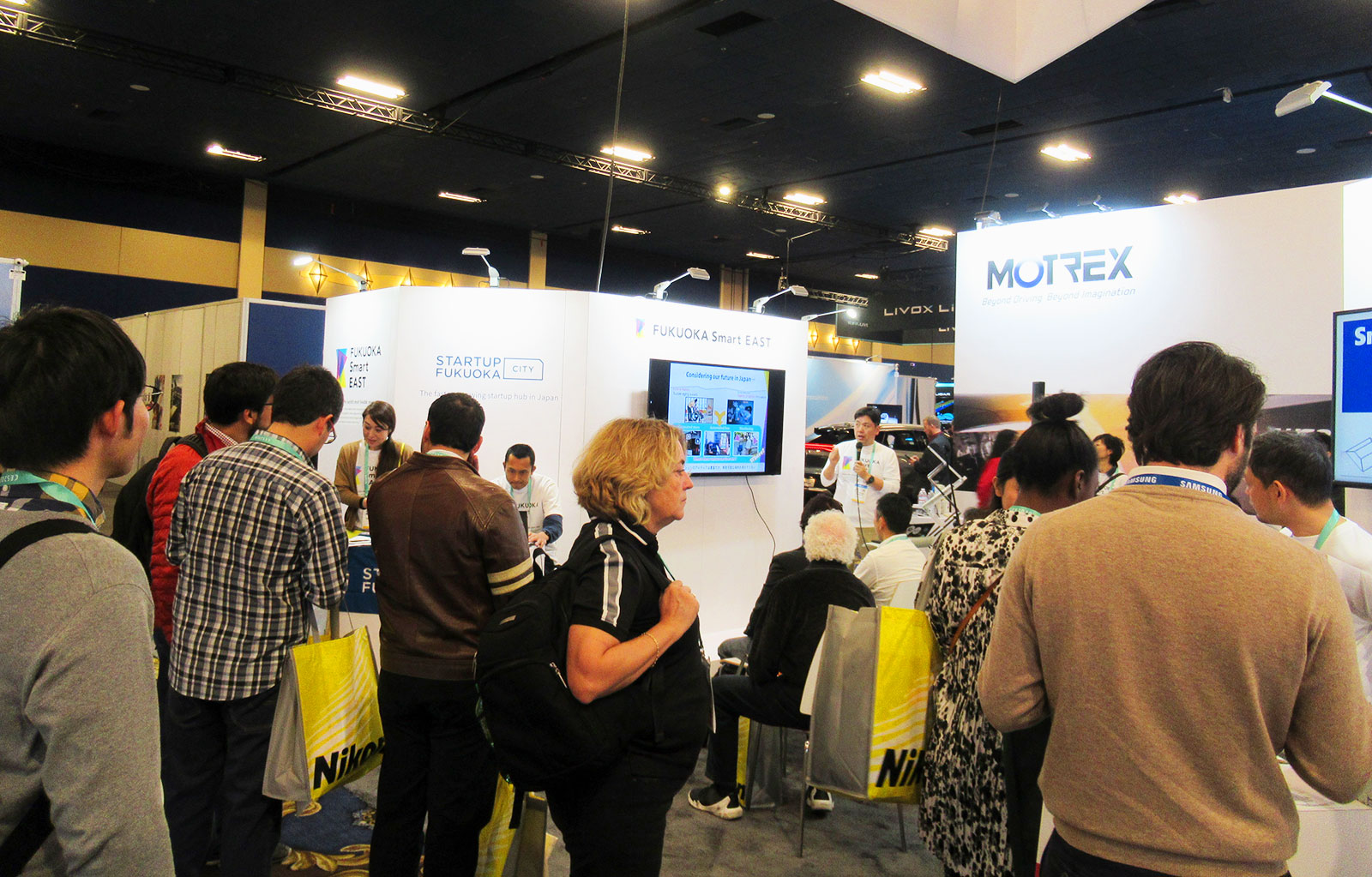